J. A. & The Jitterbugs were brothers Jorge (lead guitar), Bebo (rhythm) & Nestor (drummer) Saavedra with Jun Alarcon (bass guitar) and on lead vocals Viring and Boy Matiniano. They formed in the early 60’s and were originally from Santa Cruz, Manila. They regularly featured for Jonal records as backing band for other artists like Helen Gamboa as well as releasing their own material. After the band disbanded Jorge and Nestor later formed a band with Renato Leano, Rene Molina, Jun Molina (RIP), Deo Valdivia (RIP) and Atoy Umali called Rhythm Brass Band. Jorge and Nestor are still active in music at their local church ministry in New Jersey. 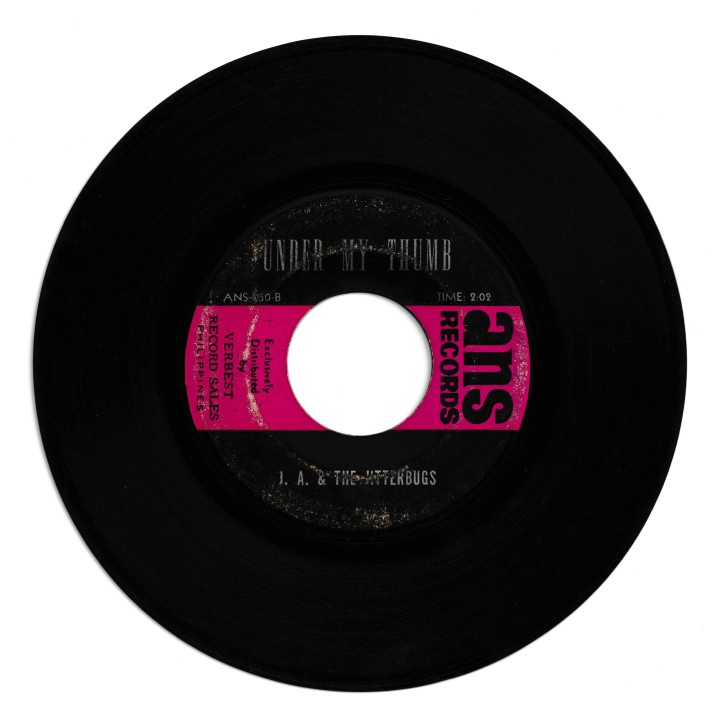 Here we have versions of “Land Of One Thousand Dances” originally by Wilson Pickett, “Under My Thumb” originally by The Rolling Stones and also covered by Wayne Gibson, who’s version became a hit on the Northern Soul scene and finally Clyde Mcphatters “Lavender Lace”

One thought on “J. A. and The Jittterbugs – Land Of One Thousand Dances / Under My Thumb / Lavender Lace”